For more than a decade, Andrew Kwak (kwäk), MD has been providing excellent cosmetic and vascular surgery care and results to patients in the Philadelphia area. Dr. Kwak is known for his expert, compassionate and thorough care. He prides himself on providing comprehensive, informative consultations. His patients appreciate his personal approach and the time he takes to answer any and all questions. 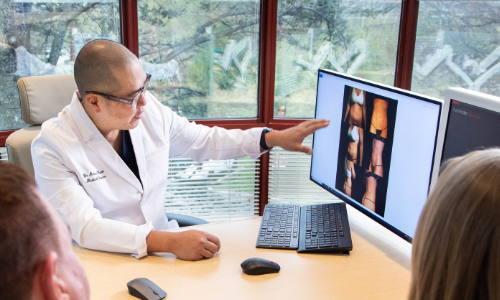 Dr. Kwak has been referred to as “an artist” by his patients for his keen eye for aesthetic detail and producing dramatic, natural-looking, yet not “overdone” results that get noticed. He has performed thousands of aesthetic and body contouring procedures over the last decade in Bryn Mawr and the Philadelphia region.

Dr. Kwak is a native of Philadelphia and founded his practice in 2005.

Dr. Kwak is a leading graduate of both Episcopal Academy and Duke University. He received medical training at Thomas Jefferson University and the University of Pennsylvania, where he received specialized training in minimally invasive surgery within the department of Interventional Radiology.

In 2002, he joined the faculty at the University of Pennsylvania and founded Penn’s first endovenous laser ablation program. As an early developer of laser and ultrasound assistance devices for cosmetic surgery, he simultaneously co-served on the Penn Center for Human Appearance with the Departments of Plastic Surgery and Dermatology.

Dr. Kwak is internationally recognized in minimally invasive venous and cosmetic surgical techniques. He frequently guest lectures for the American Academy of Cosmetic Surgery and the American Vein & Lymphatic Society and has held positions on the advisory panels of several of the largest biomedical companies in North America.

Pre-Qualify now for assistance with your upcoming procedure.